It’s been a week since Strange Loop and I’m still in awe of the great speakers and talks from this year’s conference. 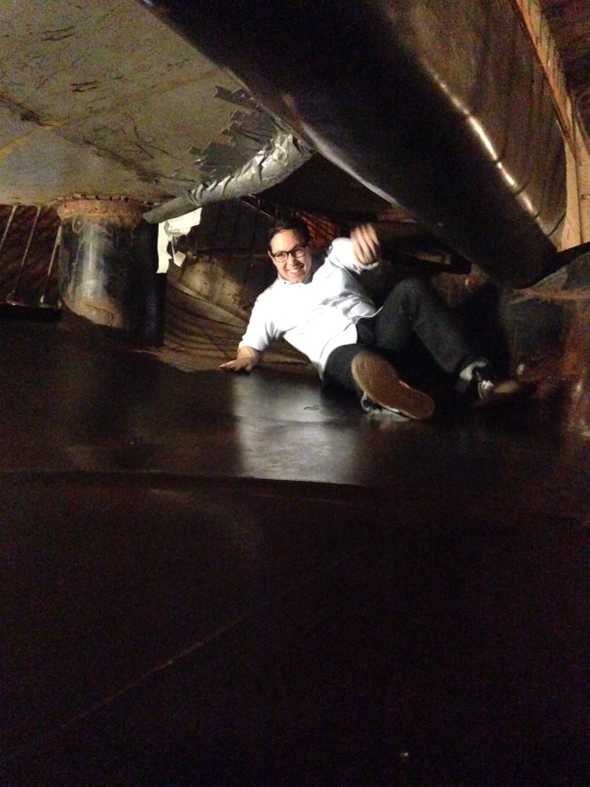 On top of all the great talks, I also had the opportunity to attend the best conference opening party EVER at the St. Louis City Museum. I’m still scratching my head as to whether or not there were any exhibits I missed or if adults running around, crawling through nooks, crannies, tunnels, and attempting to slide on ALL slides found in the building was an exhibit itself.

There were many talks that stood out to me and pumped me up about my current work and the future of the web in general. Some of my other favorites were just fun in general.

Thankfully, Strange Loop has already uploaded all of the talks for future reference on YouTube.

The Mess We’re In by Joe Armstrong

This was my favorite keynote for the fact that he touched upon being a mindful developer for those coming after me as well as for my future self. The code we write today should have great “usability” for those that come along later on to make changes. It should be easy.

This talk blew my mind a little. I wasn’t sure what to expect but given that microservices tend to be on my mind a lot, I was intrigued. Richard demonstrated how he was able to create a standalone app without the need to spin up a service on his own server and instead utilize storage on the browser and File APIs for persistence. He made a great case for non-native web-applications in that there’s no need for additonal installation.

I like the WUBWUBWUB, so the title of this talk quickly caught my eye. I don’t see myself using the WebAudio APIs soon. i.e. I don’t have any practical uses for them yet, but what Jamison showed was that there’s no need to be practical when you can just have fun and mix tunes with recordings solely generated and handled through the browser.

I loved this talk. Pete talked about the principles of ReactJS and how they aligned with RESTful services. He made an argument that by applying RESTful principles to any problem domain, we can ”fall into the pit of success.” ReactJS is a framework that I’m motivated to put in to practice sometime in the near future. Its principles make sense to me and given that AngularJS is the only web framework I’ve had experience with, I want to see how React’s abstractions change the way I think about front end development.

Our Shared Joy of Programming by Carin Meier and Sam Aaron

Let’s teach the kids how to code! Strange Loop ended with an orchestra of bots and beats by Clojure. Carin and Sam made us all see that, despite everyone outside of our industry perceiving us as geeks and don’t understand why we get so worked up about programming, we can still motivate young kids to find passion that drives us.

You Can be a Kernel Hacker! by Julia Evans

I got to see Julia give this talk in March at Stripe’s Lightning Talks and Pies night. I had no regrets in seeing her speak again. Julia’s personality is upbeat and high energy making her presentations fun and memorable. You gotta hand it to her for Rick Roll-ing the audience.

Catching up on What I Missed

These talks were “trending” during the conference and invoked some FOMO in me, but they’re up on Youtube so it’s easy to catch up.

For every trip I make to a new city, there’s usually two questions I ask myself before I go: where can I get good coffee and will I be able to lift weights? 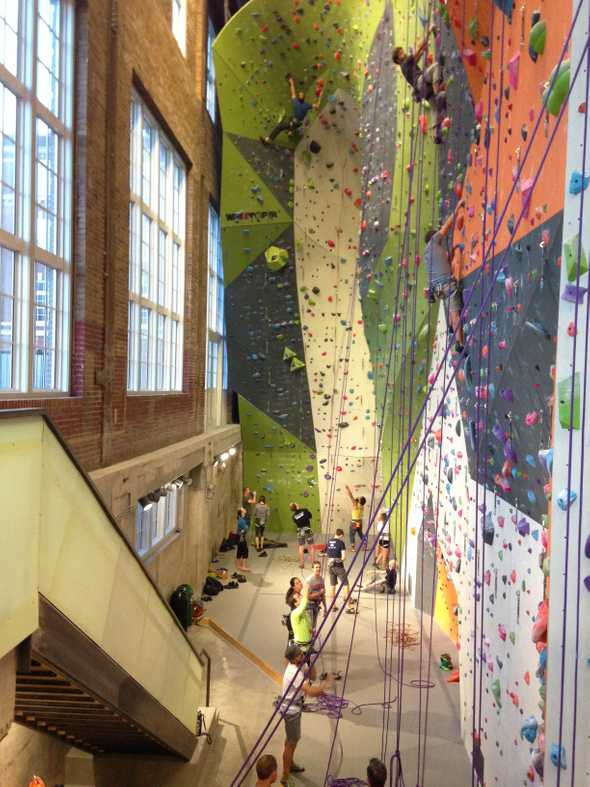 Since joining Mission Cliffs in January, I’ve started asking myself another question: I wonder if there’s a climbing gym close-by? A few days before I headed out to St. Louis, I found Climb So Ill. Apparently So Ill is a reputable climb hold company and that has a flagship gym a mile away from the Peabody Opera house. I don’t mind walking, so I was sold on packing my climbing shoes for the trip. I figured others would be interested in joining and I tweeted the idea of climbing after the conference. I was surprised by the response and the fact that the #StrangeLoopClimbCrew made it to Climb So Ill twice!

The staff was very inviting and the gym was one of the better ones I’ve been to outside of San Francisco. However, I started having second thoughts on whether I can really climb 5.10cs and 5.10ds given that routes set by Touchstone feel easy while the ones set by So Ill felt brutal!

I’m glad to have had that unique bonding experience with other conference attendees. Don’t get me wrong, happy-hours are fun, but why not try something new?